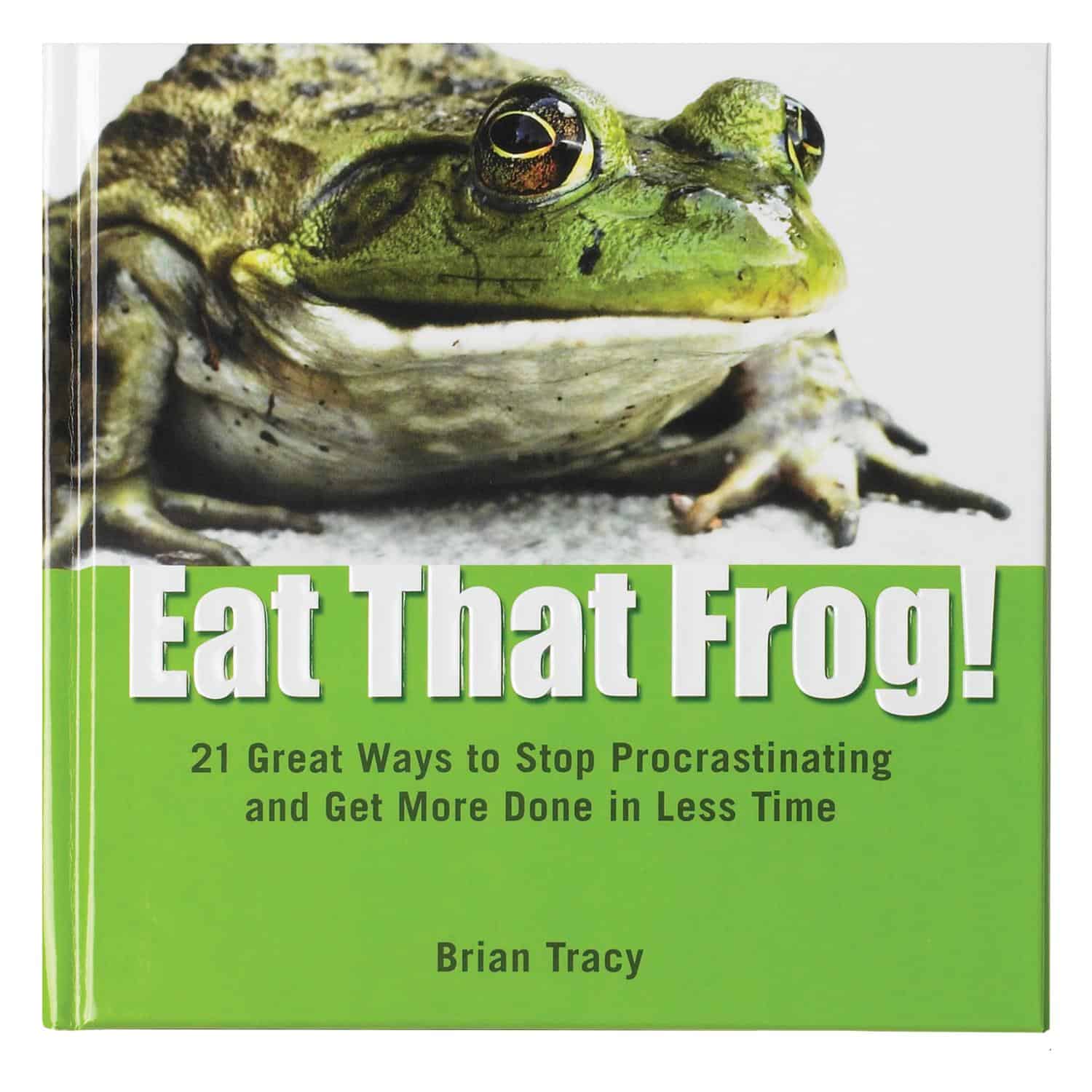 What would you do if you had to chow down each morning on a rather large frog?

And, what if that enormous frog had a name? Let’s call it “Frogzilla,” a large, overwhelming, fire-breathing, amphibian beast!

Several years back, Brian Tracey wrote a book called Eat That Frog, which outlines twenty-one ways to resolve procrastination. If you haven’t read this book, please find the time to do so…unless, obviously, you are a procrastinator. This is all the more reason for you to read it!

As the title states, the premise of the book is learning how to eat a frog…yes, consuming a real, live frog.

Ask yourself: If there was one thing that you dreaded doing first thing in the morning when you sat down at your desk, what would it be?

Eating a live frog would be at the top of my “No Way” list. Just the thought of it reminds me of Sylvester Stallone’s famous scene in Rocky I when he cracked open and drank five or six raw eggs for breakfast right before he heads out to run 20 miles, and then decimates a helpless punching bag at the gym.

I’m getting queasy writing this.

I think we can all agree that tackling a conflict, no matter how big or how small, is sometimes a monumental task. And, for some people, there is an inherent fear of approaching complicated situations head on. The before, during, and after effects of tackling such a challenge might taste awful…but, rest assured, we will all ultimately endure such a dreadful taste-testing experience. The thought of it all may linger, but we will indeed survive.

“Eat a frog,” Mr. Tracey says. Yes…eat a frog. Take a deep breath. Role play. Rehearse in a mirror if need be. Eat a live frog. Why? Because, if that is the worst thing you had to do each morning, the rest of the day would be a cakewalk (yet again…notice the reference to food).

So, you have this image…a frog sitting on your desk. He won’t hop away, and unless consumed, he will still be waiting for you throughout the day, as well as the days and weeks ahead. He’s growing larger by the hour, glaring at you and waiting to be eaten. He is inescapable. As the morning hours tick away, he is turning into one massive, lethargic toad. By afternoon, you have Frogzilla.

We are constantly faced with all sorts of struggles, and they come in all shapes and sizes. Should we ultimately get over the fear of eating that first little frog…then the subsequent question would be: should we be faced with an overgrown encounter, how do we take down that extra-large Frogzilla?

The chocolate-covered answer: cut it down into bite-size pieces.

So, no matter how big or how small the frog, you have to first give that frog a taste. Tackling the top challenges each and every day as you sit down to work, will take some practice. Remember, you’re not alone; eating a real live frog is really not at the top of anyone’s list!

Here are some tips to help you arrange your meal:

Who in their right mind would eat a frog?

Simply, those who are successful in time management, organizational skills, and lack fear of consequence. These are the people who eat that frog each and every morning. And, for those who end up taking on a Frogzilla, they organize their thoughts, take bites out of the situation, and consume the insurmountable piece-by-piece until that challenge is gone. They never dawdle.

The procrastinator has a long line of frogs waiting to be eaten. As time lingers on, some become devastatingly enormous. And, the challenges ultimately become multiple Frogzillas.

The successful time manager chows down on their morning meal and checks that frog off the list. They never allow the challenges of the day to become so overbearing that they get out of hand.

Brian Tracey said it best, “If you have to eat a live frog at all, it doesn’t pay to sit and look at it for very long!”