A Salute to Those Who Have Served 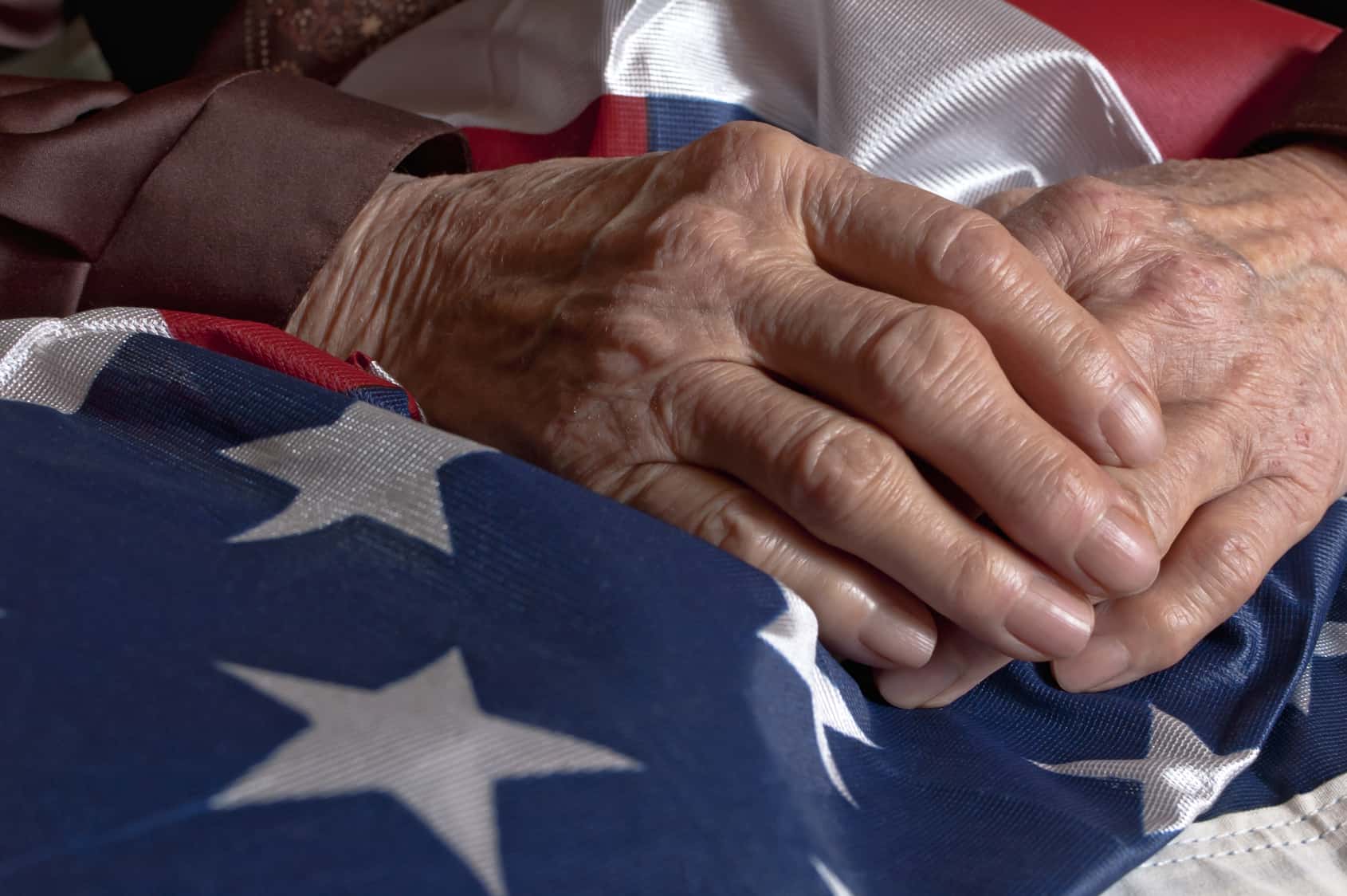 This past weekend my wife Terry and I had the delightful opportunity to meet a neighbor a few streets over within our subdivision. While walking our family beagle, ‘Charlie’, we happened upon an elderly man, who previous to this day, we only spoke to briefly in passing…or, waved at from the curb as we hurried by…always glancing upon him as he sat in his garage peering over his table full of knick-knacks.

As we passed his house on this particular night, there he was…like clockwork…sitting at his table. We caught his eye to wave, and he motioned us to come up the driveway…he had something to show us.

Charlie was eager to meet this person…he got all his smells in. And then, Charlie quickly found no interest at all.

My wife and I were a bit apprehensive, but intrigued in knowing his purpose for bringing us up to his garage workshop. There, laid out on his table of knick-knacks, were strands and strands of gold necklaces. He was checking out each and every feature, straightening, twisting and polishing.

He looked up at my wife, flashed a big smile, and said “pick one.”

After a few minutes of hesitation, Terry selected a necklace…to which he said, “go ahead…pick two!”

Long story short, this man was 89 years young and had collected jewelry for years and years from one place or another…and, was giving it away to anyone that would spend a few minutes chatting with him.

We had never actually met this person formally, and obviously had never spoken with him over the course of the eighteen years we have lived in this subdivision. Until this day, our interaction was only a walk-by wave and a smile.

I introduced myself and my wife…and, of course, Charlie. And then, having detected a northern accent, I asked him inquisitively, “where are you from?”

A ten second pleasantry of “hello, how are you doing this evening?” turned into an hour-long enchanted history lesson. John was a walking encyclopedia…with a storied background that so captivated my wife and me for the entire time we were standing in his driveway that we couldn’t bear to walk away!

Charlie, not so much…he was ready to move on to the next tree.

So, while Charlie found a nice place on the grass to rest…John brought us unreservedly into his life.

That was all John needed to say…he spent thirty-seven years in South Florida…my wife, a Miami native, was immediately infatuated.

One story led to another without pause…almost as if to say, “don’t leave me…I have more to share!”

John is a tall man, standing somewhere in the neighborhood of 6’4”…had a sparkle in his eye when he talked…and, he smiled a very appealing smile. He absolutely glowed when he spoke about his days in the military and public life.

Charlie started to tug on his leash…begging to head on back down the street. But, we were so fascinated with John’s stories of his past…Charlie would just have to wait. Back to his patch of grass he went.

I asked John if he had any pictures of when he was younger…and, within seconds he produced two images out of his wallet. One was of him wearing his U.S. Navy flight jacket, looking very much like a youthful, handsome Gregory Peck, and the other standing majestically next to his state-issued Harley dressed in his Dade County sheriff uniform. Both images were greying with age, but full of a colorful time that was purely magical for this fine young man.

The hour we spent with John was one I will never forget. His smile, his stories and his generosity are all great qualities of a time long gone. He spoke proudly of his time in the military and shared many memories that brought out that ear-to-ear grin over and over again.

John was a sobering reminder that our World War II veterans are passing at an alarming rate each and every day. You read about it…and, hear about it in the local and national news. I read a report recently that indicated we are losing these celebrated veterans at a staggering rate of 600 per day. And, by 2036, it is estimated there will be no more living veterans of World War II.

To many of us, the July 4th holiday means cookouts, parades and fireworks…and, valuable time with our friends and family. This celebration should also serve as a reminder to all of us that many of the opportunities we have and the liberties we enjoy are a result of our U.S. military, past and present…and, veterans like John.

Our veterans don’t all need to be 89 years young for any of us to listen to…there are plenty of veterans of all ages who have stories to share having experienced the wars in Korea, Vietnam, Iraq, Afghanistan and other conflicts around the world. There are service men and women proudly representing the United States across the globe, who thankfully have never seen the horrors of war…continuing to serve our country gallantly each and every day.

Please take time to salute our troops, past and present, which have bravely served our country and have also protected the American way of life as we know it. There are plenty of these gems hidden right under our noses…we just have to ask the question.

“Where are you from?”

When I write my blogs for Tower Hill, you often hear me refer to knowing the customer. John is a classic example of the immense importance of getting to know a bit of your customer’s history…where they have been, where they are now…and, where they are heading.

Your clients are much like John. They all have a story to tell…no matter if they are 89 or, 19. And, their individual stories are ones that inspire greatness in one form or another.

So, next time you are running around your neighborhood, taking a hike, riding a bike or walking your dog…just remember, a random neighbor might just wave back. Take a chance to chat…and, to listen.

Not everyone is a veteran, but there are many of your clients out there that have a valuable family history…one they might just be willing to share…if asked. These vital stories of our past are the building blocks of our future.

John is a true patriot and a delightful inspiration…and his sincere generosity, for allowing us to get a peek at a fraction of his life, spoke volumes about his past, present and future. After we chatted for that special hour, my wife and I ended our conversation with a “thank you for serving our country.”

My wife and I will be sure to come back around tonight and see if his garage door is open.

And, Charlie might just have to stay at home this time.

A safe and Happy 4th everyone!