Do you ever get that sinking feeling? 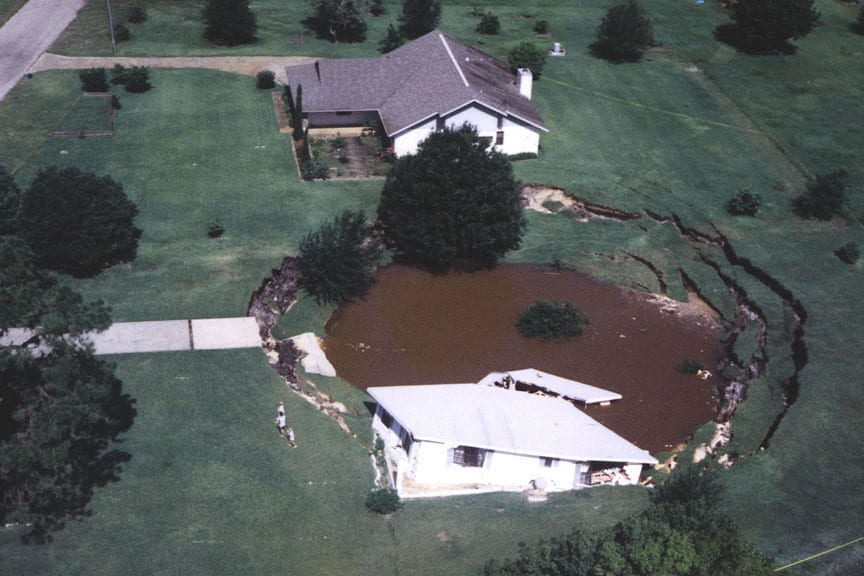 Sinkholes have been in the news a lot lately, and I am sure this has generated a lot of questions from your customers. Sinkholes are a fact of life in certain parts of Florida. Sinkholes and how they are adjusted is regulated by the State of Florida. In 2011, the Legislature enacted SB408, which basically tells us, the insurance industry, how to adjust sinkholes. The law tells us that, when a claim is submitted, we must first have the risk evaluated to determine if the structure is showing signs of a sinkhole, at least a sinkhole as defined by the Legislature. The definitions of sinkhole are as follows:

The Legislature then goes on to tell us what is considered structural damage under the statute.

“Structural damage” means a covered building, regardless of the date of its construction, has experienced the following:

Once we have the report back and it has been reviewed by the adjuster, we can move in either of two directions. If the report finds no evidence of a sinkhole, then we will send the customer an appropriate letter along with a copy of the report. On the other hand, if there is structural damage to the home that is consistent with the definitions in the law, then we move to step two, which involves having an engineer and perhaps a geologist further investigate the claim by performing certain tests and borings at the home to determine if indeed there is a sinkhole.

A geotechnical engineer is an expert in the soils that underlie a building and the interaction between the soils and the building below the surface of the ground. The engineer’s report is then reviewed by the adjuster, and one of two directions in the claim file is taken depending on the findings by the engineering firm. If the report finds sinkhole activity according to the definition in the law, then a plan for the remediation of the subsurface is prepared concurrently to the report. We then obtain three estimates from reputable subsurface remediation contractors based on the engineer’s repair plan and complete the estimate for the repair of the cosmetic damage to the dwelling. We then issue a check for the Cosmetic repairs less any deductible or prior payments, if any were made. If the insured then chooses to have the remediation work to the subsurface completed, they will need to send us a signed contract for the remediation based on the engineer’s remediation design. At the time of receipt of the signed contract we will send the insured a check for the amount necessary to begin and perform the repairs and continue payments as the work is performed and expenses are incurred. If no sinkhole activity is found according to the definition in the law, then the customer is sent the appropriate letter along with a copy of the engineer’s report.

We realize that the process does take time and ask for patience on everyone’s part so we get the right answers that our customers deserve.

Next up – we’ll discuss the Neutral Evaluation Process and disputed claims.